Royal’s president and chief executive, has been elected president of the Vacuum Cleaner Manufacturers Association at the group’s annual meeting.

The VCMA is in its 86th year. It was formed by 11 vac makers and is one of the oldest housewares associations.

Several years ago, the VCMA enhanced its statistics program. It produces vac shipment data for full-size vacs, which includes uprights, canisters and sticks.

Keith Minton, president of Maytag’s floor care division, presented Chuck Bacon, buyer, floor care, Sears, with a plaque “that acknowledged the achievement and the strong relationship between the companies.”

The ceremony was held at Hoover’s Ohio plant, where the SteamVac is made.

Earlier this year, Sears honored Hoover with its “Partner in Progress” award, which was the third consecutive year Hoover won the award.

The Partner in Progress award is given to the top 1 percent of Sears’ 10,000 vendors. It’s based on sales, service, product quality and market performance.

The SteamVac was first introduced in 1994. Hoover expects to produce its 5-millionth full-size extractor sometime this month. 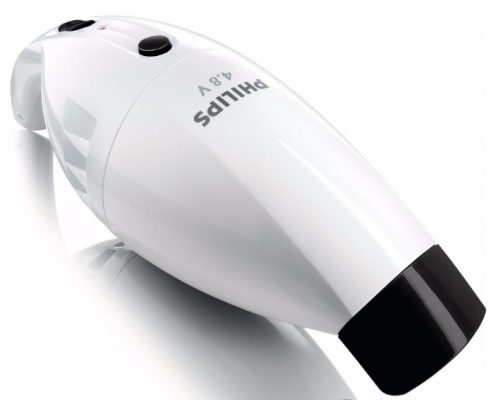 About half the mix are uprights. The assortment is rounded out with a canister from Eureka, the Europa, at a promotion price point of $289.99, and Hoover’s new WindTunnel canister at $299.99.

The retailer is promoting its Web site in the catalog and via its toll-free number.
Backstage diplomacy is under way to tone down the acrimony between the Association of Home Appliance Manufacturers and the Vacuum Cleaner Manufacturers Association. When AHAM said in January it created a Floor Care Division at the request of some suppliers, VCMA fired back it was better equipped to serve members’ needs.

Joe McGuire, AHAM’s president, spent two days at the Vacuum Dealers Trade Association Show in Las Vegas earlier this month to meet with manufacturers, explain his group’s program and get better acquainted with the floor-care industry. He declined specifics about his conversations with Bud Kirkpatrick, VCMA’s president, but indications were the two sought to enhance a personal relationship and seek areas for cooperation.

Kirkpatrick also spoke in conciliatory terms. And it was apparent they and other parties were opening lines of communication.

Earlier, VCMA amended its bylaws to broaden membership significantly. The changes were developed by a strategic planning committee created by Kirkpatrick late in 2001, shortly after he began his two-year term leading the association.

A full member now is one who markets in North America; no longer must it operate a factory on the continent. Suppliers to commercial channels are welcome; residential floor care is no longer a prerequisite. Like AHAM, VCMA created an associate membership for components suppliers.